Welcome to my website. I will try help you to understand what psychotherapy is, and whether I am the right therapist for you.

The field of psychotherapy has become confusing in the last years: There are many different types of providers and many different types of therapy. On my Resources page I have some links to the American Psychological Association's breakdown of this, and you can go there to see the data for yourself. Below is a very partial list:

This is a list of some of the most common types of therapy:

For the most part knowing someone's license does not predict what they do – except psychiatrists can always prescribe medication since they are physicians. I am a psychologist (Ph.D. in clinical psychology) and I do dynamic/relational therapy.

As a dynamic therapist I see each person as an organization – an organization characterized by change, activity and progress. We have many 'parts': biological, genetic, cognitive and emotional which try to stay in balance with one other. Often when we experience difficulties, it is related to an imbalance in our 'system' which has come about because of a change – now or in the past – that our system has not been able to metabolize.

In the relational aspect of our work we will explore relationship patterns.  The task of this kind of therapy  is to work collaboratively to understand what is going on between the therapist and client, and what is going on in the client's relationships in the world, and to see if there are recognizable patterns between them. Often, recognizing these patterns will help you to notice attitudes, expressions and belief systems in yourself which you may have not been aware of, and which can affect your relationships. Understanding the origins and effects of these patterns is often the basis of positive behavioral change.

I will work with you to discover what has become imbalanced, and to assist you to change in ways you are comfortable with. 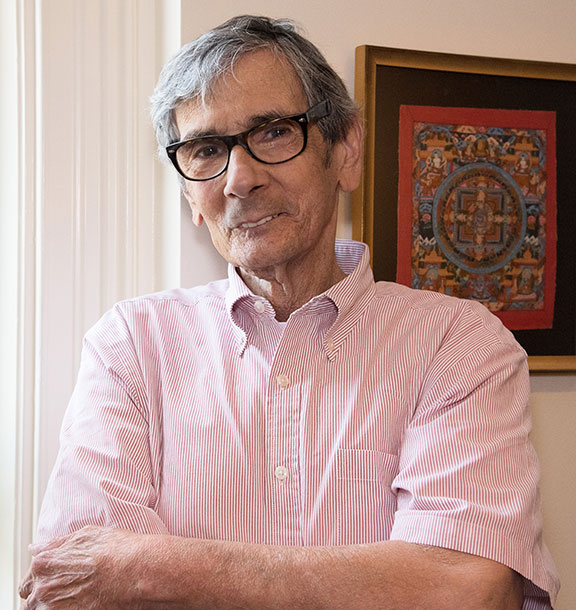 This requires that we work together, and is different than, for example, a cognitive behavior therapist who, more like an M.D., will prescribe activities which can help you to change. Both these modalities work: it really depends upon who you are and what kind of relationship you will be comfortable with.

Some personal information:  I was born, grew up, married and attended graduate school in New York City. We moved to Maine in 1989 when our son was two and we realized that raising him in lower Manhattan would deprive him of some of the freedoms of childhood. Maine has provided the physical environment we sorely missed, as well as warm and meaningful social and professional relationships.  Having been raised on pavement I am not a natural out-doorsman, but I do very much enjoy kayaking Maine's rivers, lakes and bays, hiking, and even some skiing on occasion.

Professionally, I received my Ph.D. in clinical psychology from the Graduate Center of the City University of New York, in 1988. I was initially trained as a child therapist, and worked on the pediatrics unit of Bellevue Hospital, as well as a facility for emotionally disturbed children in Brooklyn, NY. Before that, I did my internship at Kings County/Downstate Medical Center also in Brooklyn, NY.

I have been primarily in private practice since moving here to Maine. I have also worked at the former Pineland Center for disabled adults, taught psychology briefly at UNE, and studied Accelerated Experiential  Dynamic Psychotherapy for several years. My most recent work and interest is in relational psychotherapy, which posits the interaction of the therapist and client as an important focus of attention. This is quite different than Freud's initial concept of the therapist as a "blank screen".

In the past ten years or so I have become deeply interested in Buddhism and the intersection between Buddhism and psychology. I do not consider myself a 'Buddhist therapist', but Buddhism sometimes informs my work just as any person who has given thought to his/her belief system would be affected by their belief.

One general belief system I have acquired over these years is that no two people are the same, and therapy needs to be tailored for each individual: I pride myself in being able to do this.